Metro Bank, the revolution in British banking, has affirmed its commitment to supporting the Armed Forces community by signing the Ministry of Defence’s Armed Forces Covenant. The Covenant is a pledge that those who serve or who have served in the armed forces, and their families, will be treated with fairness and respect in the communities, economy and society they serve with their lives.

Metro Bank is already proud to support the Armed Forces, with a number of former service personnel working across the organisation. Going forward, the bank will be working more closely with the Ministry of Defence to ensure it is inclusive and supportive of those individuals who are leaving the Armed Forces and their families.

For example, the bank will host career coaching and insights days to help individuals who are looking for the next step in their career. The bank, whose approach to recruitment is ‘hire for attitude and train for skill’, will also promote all job vacancies to military personnel to support veterans with employment at Metro Bank.

To mark the signing, Metro Bank hosted a celebration event at the bank’s headquarters where around 50 colleagues welcomed Group Captain Hellard.

Danny Harmer, Chief People Officer at Metro Bank, said of the signing: “Metro Bank has a long track record of supporting social mobility initiatives – from the launch of our apprenticeship scheme in 2012, to our recent partnership with Code 4000 working with ex-offenders and of course our general approach to ‘hiring for attitude and training for skill’ in customer facing roles.

“Signing the Armed Forces Covenant is another great example of this, and I’m so proud that we are supporting current and former service personnel and their families as a Forces-friendly business.”

Chris Matthews, Supplier Assurance Manager at Metro Bank and veteran, added: “I left the Army eight years ago having served 12 years, and have been with Metro Bank for nine months. I’m proud to have such a supportive employer and be surrounded by supportive colleagues as I’ve taken this step into banking to progress my career. Metro Bank signing the Covenant means a lot, on a personal and professional level. The bank has many veterans who each bring their skills and experience to make it an inclusive workplace.”

Group Captain Hellard from the Ministry of Defence, said: “A great day as Metro Bank signs the Armed Forces Covenant. Their support for service personnel is clear and the signing is tacit recognition of the steps the business is taking to support and develop service personnel within its workforce, recognising the potential these individuals have to contribute positively to their business.” 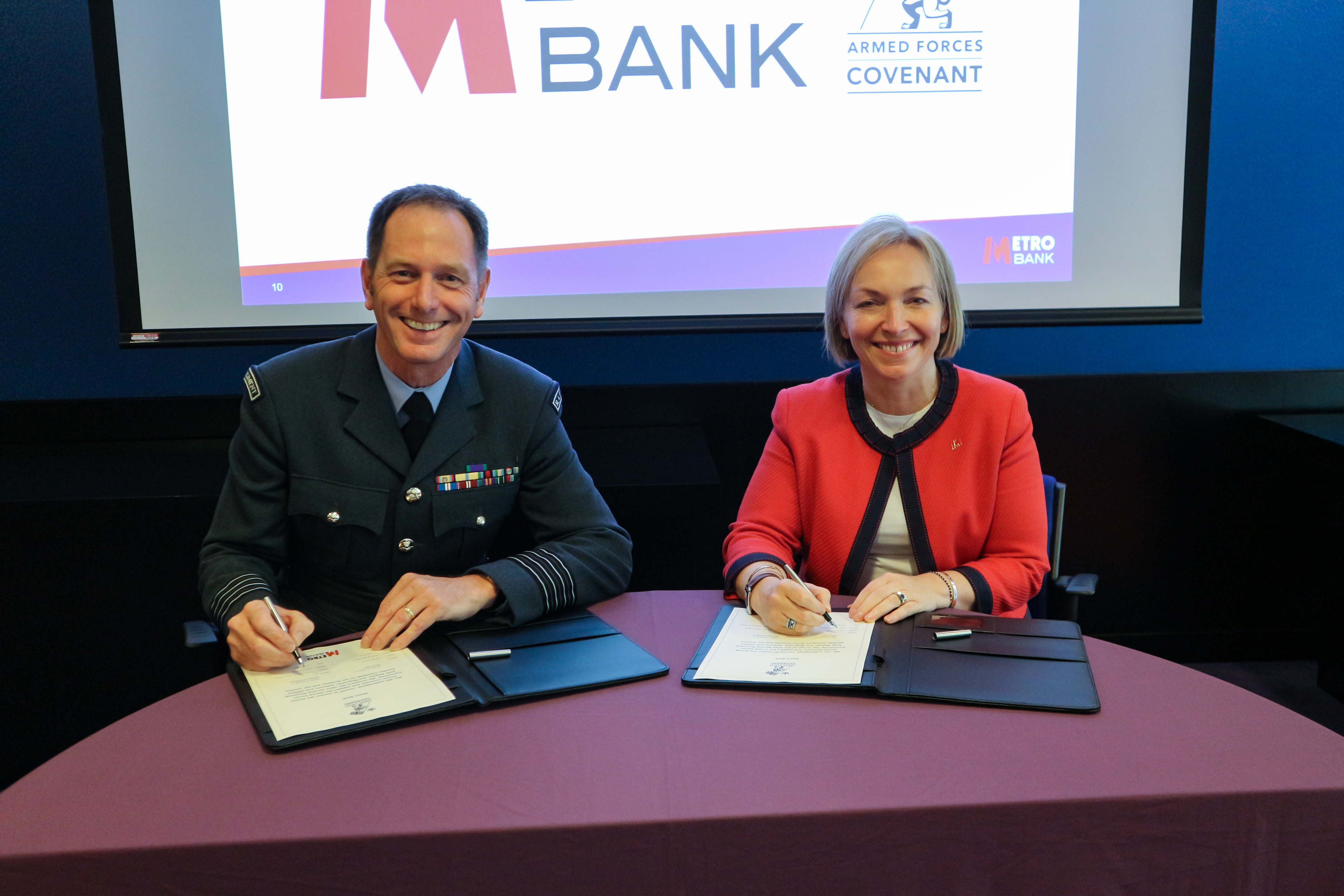 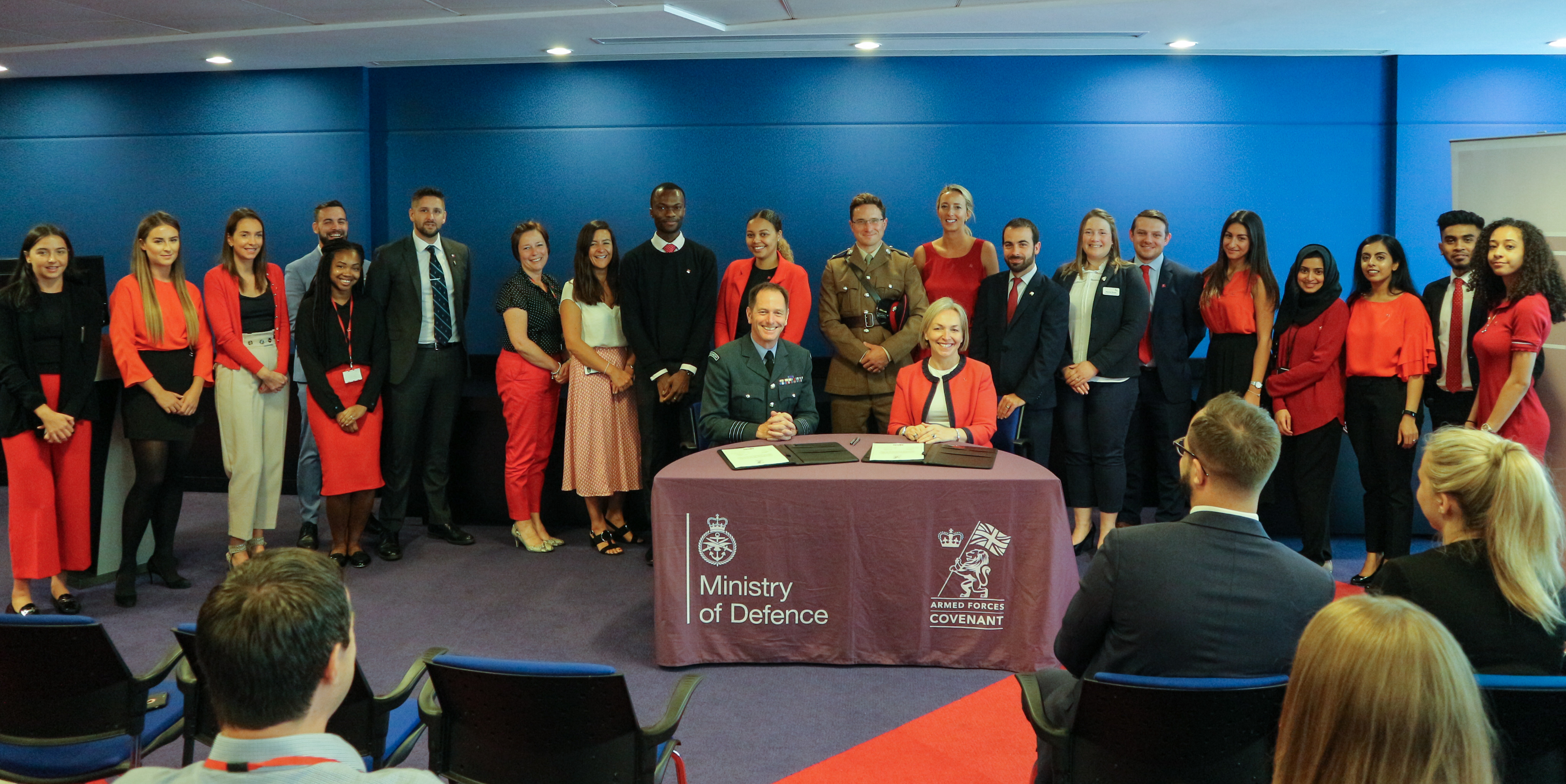 The Metro Bank recruitment team was present at the signing.