The UK’s community bank, Metro Bank, gives every colleague a Day to Amaze – essentially a paid day off to support a local charity or good cause and 16 Metro Bank colleagues from the Leicester area raised £3,021.25 at the recent Cancer Research’s Race for Life in Leicester on July 24th. 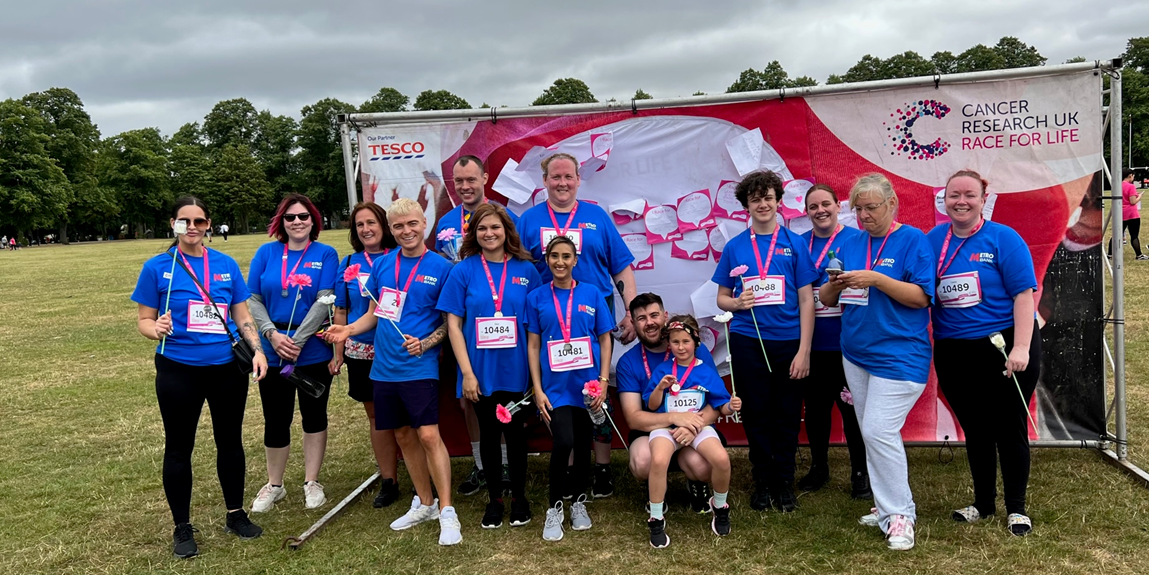 “Cancer Research is a charity that so many of us here hold close to our hearts,” said RateSetter team leader Wanda Beasley. “We jumped at the opportunity to be able to do something to help them.  I’m so proud of the team.  The effort put in to fundraising and actually completing the event, was phenomenal and I’d like to thank everyone who donated and supported us.  Team Metro Bank Leicester is definitely a force to be reckoned with.”

“Everyone got through the race with no injuries – not even a blister,” commented Leicester Metro Bank Assistant Store Manager, Kai Penn. “We are overwhelmed to have raised such a massive sum for cancer research and want to say a huge thanks to everyone who played a part on the day as well as to our colleagues, customers, family and friends who donated.”